Right after independence, cinema became a tool in the service of the advent of newly independent countries. The Laval decree of 1934 prohibited any shooting in French-speaking African countries without the authorization of the governor of the concerned colony. Cinema was a powerful instrument of colonial propaganda just as much as Africans could not film themselves. For that, we had to wait for independence.

Because the colonial administrators refused to grant filming authorizations in the countries from which the African students originated, they will make their films in France; notably, the one considered the African cinemas’ pioneer: Africa on the Seine (1955) of Paulin Vieyra.

Despite the independence, the African continent is still very often represented by images from outside. It is easier to see films from the continent in Europe or the USA than in Africa. However, as Gaston Kaboré (Burkinabé filmmaker, producer, and trainer) underlines a society which daily and widely confronted with images from outside is gradually losing its ability to think, imagine and forge its own destiny.

In Senegal, long before the arrival of a national cinema in the 1960s, cinemas had always been part of the cultural landscape. The periods from the 70s to the 90s were the golden age of cinema, and the sector was supported by directors such as Ousmane Sembene, Djibril Diop Mambety, Safi Faye, Samba Felix Ndiaye, Moussa Sene Absa, Moussa Toure, and the cinemas were numerous and regularly visited by the public.

Today, the Senegalese cinema is going through a hard time. Local cinemas can now be counted on the fingers of one hand due to lack of funding, a cinema culture hardly present in Senegalese society, and an absence of a production chain: the consequence of an almost non-existent film industry.

Director Alain Gomis had the opportunity to lead workshops on the African continent and support young filmmakers in the writing and the development of their films through his career. The issues of training, accessibility to films, and the lack of dedicated film spaces were often discussed during these events with the young generation of filmmakers. 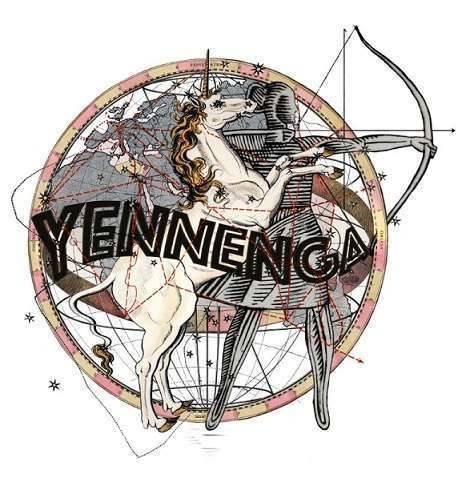 Following these meetings, in November 2018, under Alain Gomis’s leadership, the Yennenga center opened its doors in Grand Dakar to provide the local population with space for film screenings, meetings, and creativity.

The Yennenga Center is the first cultural center dedicated to cinema in Senegal. The missions of the center focus on creation, broadcasting, and training:

●Identify future talents in Africa, offer them a training program focused on post-production and support them in the long run towards professional integration through entrepreneurship and post-production facilities.

●Create the first postproduction facilities in Dakar, up to the performance of international standards. 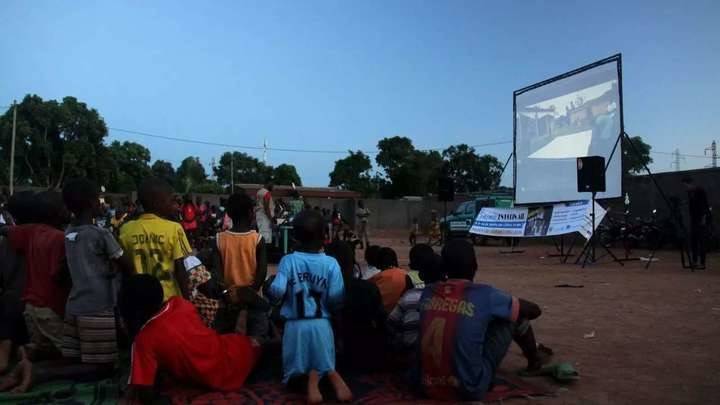 The center will offer:

●A two-year post-production training course for 24 young technicians or artists residing in Africa,

From its early days, the Yennenga Center has always had this ardent desire to promote the African continent’s productions, raise awareness on the impact of images, and support a young generation of directors in their creative process. The center took its first steps by mentoring film directors, hosting then co-producing projects, and organizing workshops for the local population. Here are some examples of projects carried out since 2018:

We co-produced the film “La Nuit des Rois,” the second feature film by Ivorian director Philippe Lacôte, the film started to make its way into the most prominent film festivals. 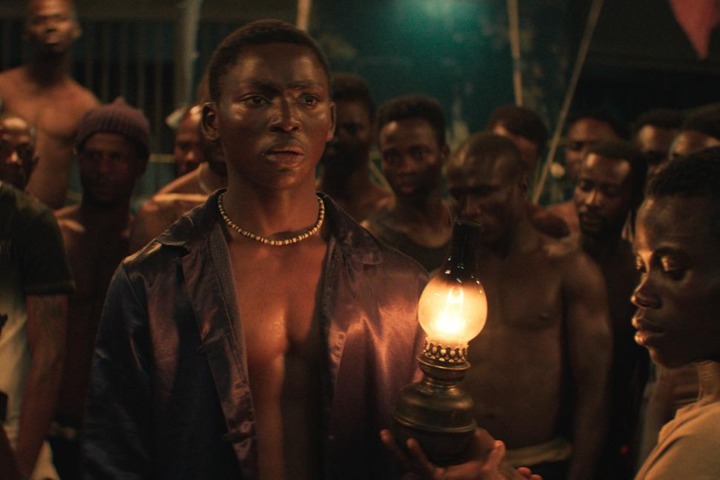 Concerning the distribution, we have distributed at the national level the film “Baamum Nafi” (The Father of Nafi), the first feature film by the director Mamadou Dia. 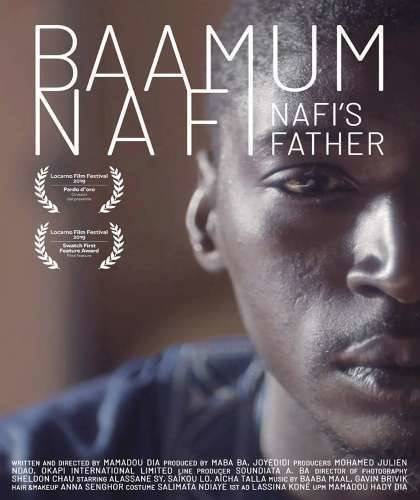 The Yennenga center initiated Ciné Xalé to develop a culture of film and image with a young audience. Ciné Xalé is a workshop for creation and diffusion of films designed for children. During the summer of 2019, 25 children participated in such events: 3 screenings were done, and 3 short films were created. 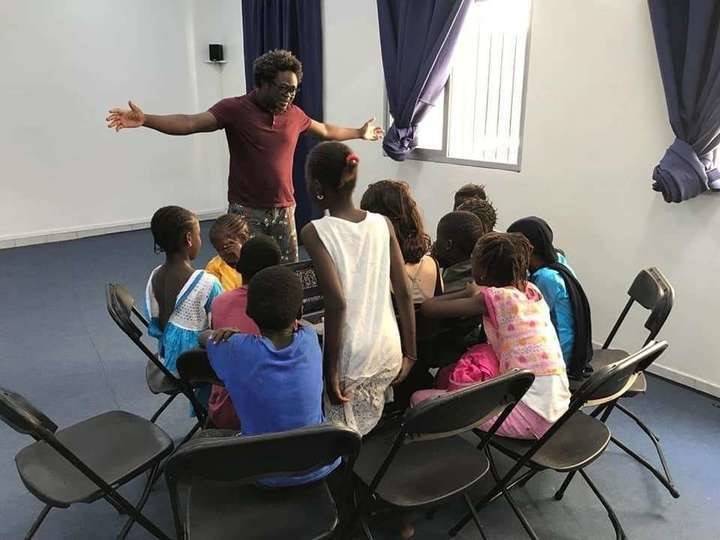 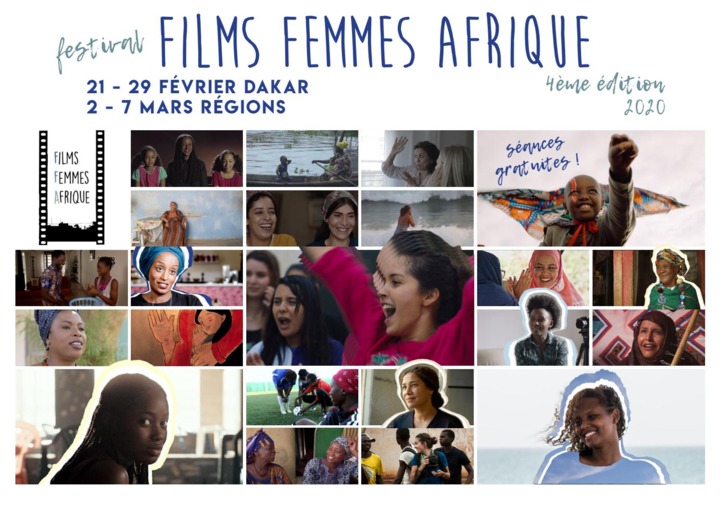 In February 2020, we hosted the African Women’s Film Festival (FFFA). The FFFA is the first Senegalese film festival devoted to films made by women. The festival is free and open to all audiences.

The festival took place in February 2020. The Yennenga center hosted the screening of some of the 60 selected films, round tables. It supported the mobile screening of the entire official selection of the FFFA 2020 in the several regions 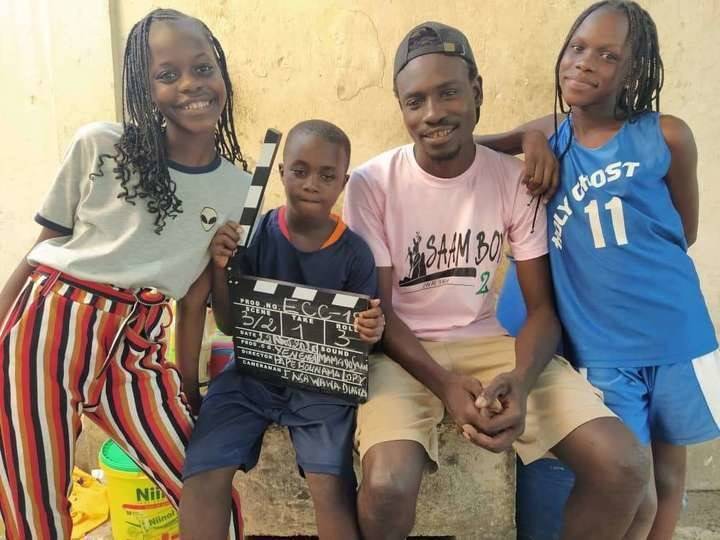 The Yennenga Center uses cinema as a medium for image education and civic debate. It offers local and entertaining programs centered around social issues. Through these screening events, we want to make the public aware of the quality of narration, artistic direction, reflection, and to prepare them to return to the cinemas.

The training center will train professionals and install scarce post-production equipment in Africa. The center’s training project aims to provide African youth with the opportunity to master their history. We aim to help young people who are often self-taught by training them to master the tools and knowledge necessary for post-production professions and thus be able to produce films in Africa from A to Z.

The projects of the center are supported by partners such as: 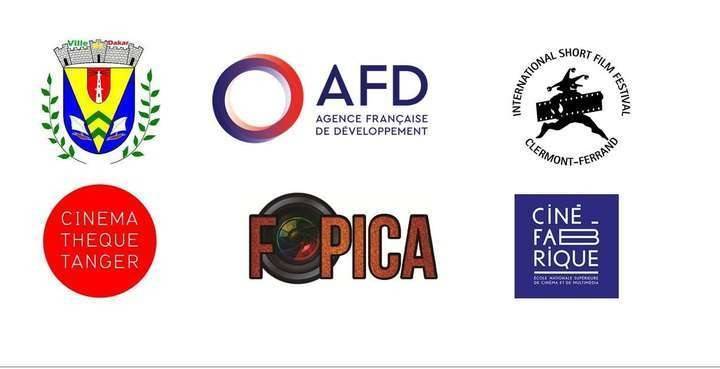 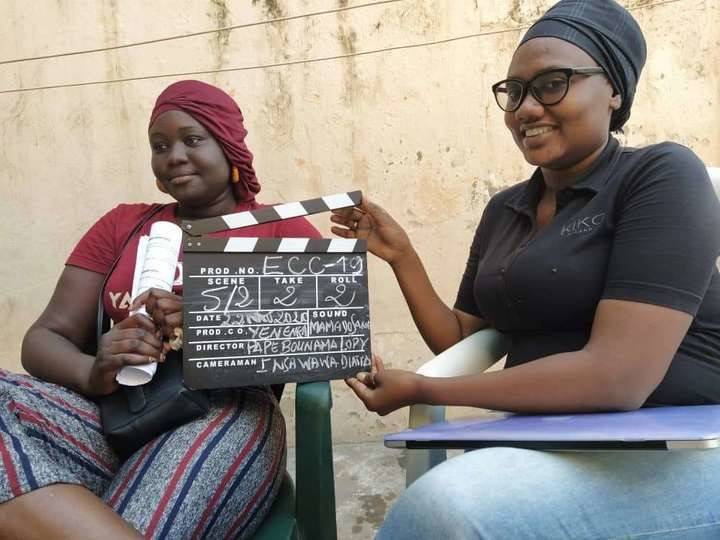 Thanks to our partners’ support, the center project budget over 3 years is already funded at 90%. We need your help to complete the budget and finance the remaining 10%, i.e., 50,000 euros. Your funding will allow us to cover:

●The artistic and cultural program of the center with workshops and free screenings,

●The purchase of equipment dedicated to films screening

●The purchase of equipment necessary for shooting films.

With 20,000 euros: we will complete the funding of the site's extension work (we will create two projection spaces, a multipurpose room that will host workshops and training, the outdoor space, the murals, and the decoration). 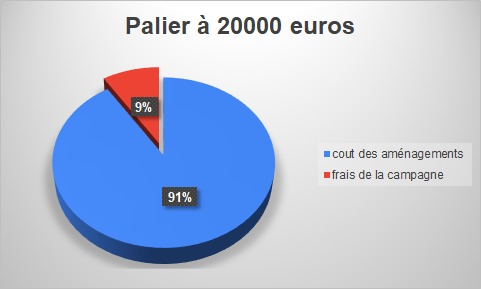 With 35,000 euros, we will complete the funding of the site's extension work, and we will fund the cultural and artistic programming and the purchase of equipment for film shooting. 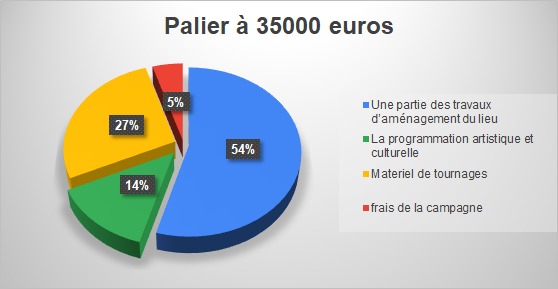 With 50,000: we will complete the funding of the site's extension work, we will fund the cultural and artistic programming, the purchase of equipment for film shooting, and provide grants for the accommodation and catering for students living outside of Dakar.

The Yennenga Center is an initiative of the director Alain Gomis now director of the center.

In this ambitious project, he is accompanied by a dynamic, creative team and determined young people who embrace a vision: to produce films entirely in Africa. 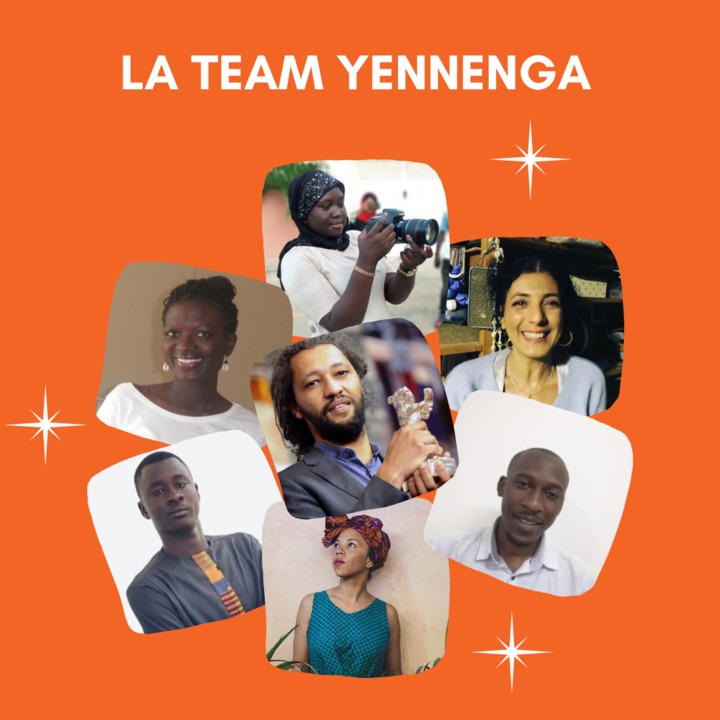 The Yennenga Center’s ambitions are grand for Senegalese and African cinemas, as are our expectations regarding this fundraising campaign. Your participation will allow us to continue to be a source of inspiration and expression for young African talents and help develop and maintain an authentic film culture.

Contributing to this fundraising is giving life to the African film industry, saying yes to young project creators’ dreams for a radiant, proud, innovative, and creative African Cinema.

** You can contribute by credit card ** Click on contribute. Enter the amount of your contribution. Then enter the requested information as it appears on the card and click on confirm payment.

** You can contribute by Orange Money Senegal **

Click on contribute, then enter the amount of your contribution in euros at the start, the conversion into FCFA being made automatically later. Then select the Orange Money payment method. You enter your number, and you receive a secret code on the mobile to copy on the contribution screen.

Click on contribute, then enter the amount of your contribution in euros at the start, the conversion into FCFA being made automatically later. Then select the payment method Payplus, then the operator MOOV BENIN, MOOV TOGO, MTN BENIN, MTN COTE D’IVOIRE, ORANGE BURKINA FASO, or ORANGE COTE D’IVOIRE. Enter your number, and you receive a secret code on the mobile to copy on the contribution screen. 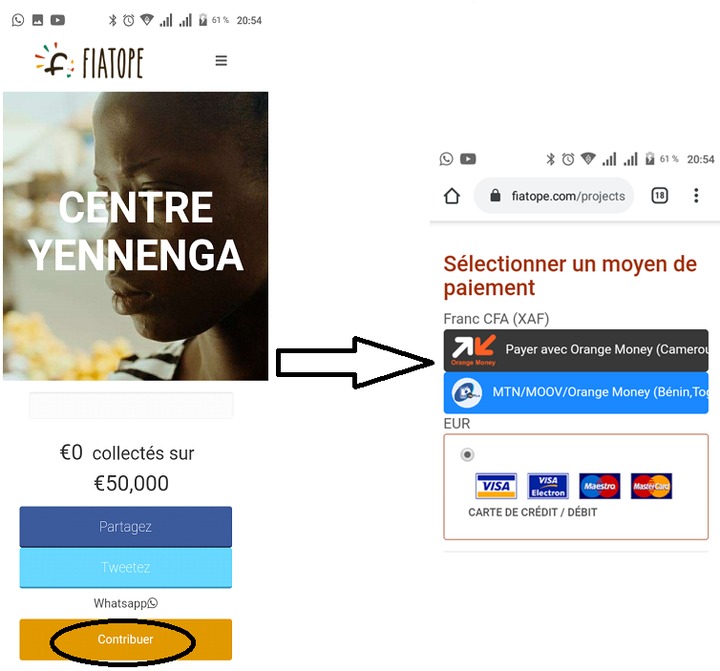 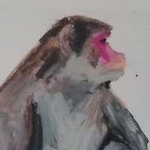 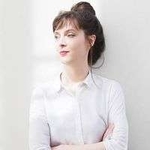 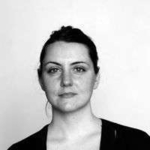 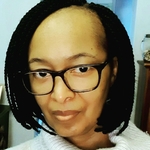 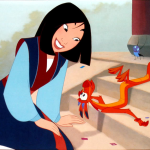 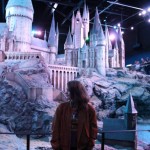 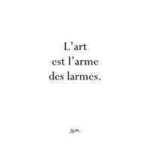